Isabelle Rozot was born in Nancy, France in 1962. She studied painting at the Ecole des Arts Decoratifs in Strasbourg and then came to London to study at Chelsea School of Art.

Isabelle lives and paints in Paris, in a former diamond-cutter’s workshop built from remnants of the Eiffel Tower, surrounded by stuffed spiders and rickety Napoleonic furniture. Antiques, curiosity shops, social life and late 19th century literature provide the inspiration for her work. Like the characters in a Scott Fitzgerald novel the languid inhabitants of her paintings subtly convey the shadow side of an idle existence.

Isabelle has undertaken many commissioned paintings for private individuals and companies, and recently undertook a commission for a dining room in Paris and a villa on the French Riviera. She shows regularly in Paris, Tokyo, Beirut and London. Isabelle exhibits exclusively with Portal Painters in London at The London Art Fair, Islington, The Affordable Art Fairs – Battersea (spring) and Hampstead and The 20/21 British Art Fair at the Royal College of Art. 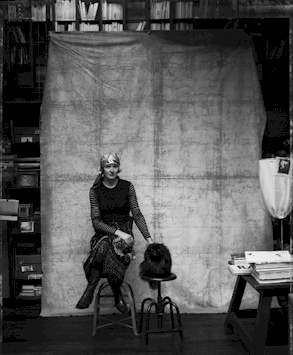