Jonathan Wolstenholme was born in London in 1950 and went to Croydon Art College from 1969 – 1972. He is married with two children.

Wolstenholme paints exquisitely detailed still lifes of books in watercolour .He is fascinated by the world of antiquarian books and paraphernalia from a bygone age when craftsmanship was highly prized. He works in watercolour in such exquisite detail that it is possible to read every word in the books that he paints.

Jonathan has had three one-man shows in London and has exhibited at the Singer and Friedlander Exhibition several times, also at the Discerning Eye Competition at the Mall Galleries winning a prize in 2002. In 1997 an exhibition of Jonathan’s work was shown in New York at the ‘Works on Paper’ fair. In 2003 he had a joint show with fellow Portal artist George Underwood, this was a great success, Jonathan also took part in an exhibition of Portal Painters in Tanglewood, near Boston in 2004 and Portal Painters at the Edinburgh Festival in the same year. Wolstenholme regularly exhibits with Portal Painters and The London Art Fair in Islington, The Affordable Art Fair in Battersea (spring) and Hampstead and The 20/21 British Art Fair at the Royal College of Art.

As an illustrator Jonathan has worked for all the major magazines and newspapers using his own brand of quirky humour.

Jonathan was commissioned by the German Publisher Haffmann to illustrate ‘The Diary of Samuel Pepys’ (2011) and ‘Alice in Wonderland’(2012) and is about to start on an edition of ‘Grimms Fairy Tales’ these are superb volumes and collectors items. 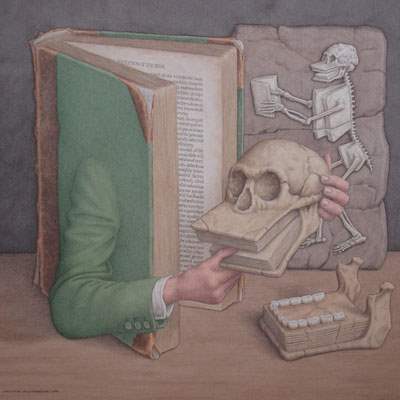 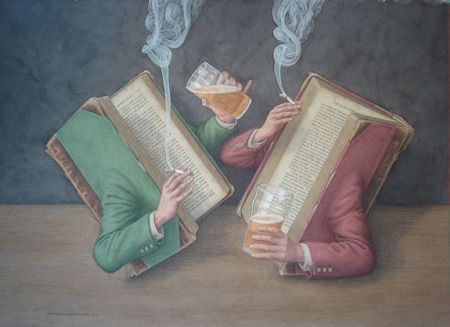