Although PJ Crook lives and works in Gloucestershire she is an artist of international reputation, having dealers in Paris, Canada and New York as well as London. Last year she had exhibitions in London, the Morohashi Museum of Modern Art in Japan and Gloucester City Museum and also completed a commission for Standard Chartered Bank in Dubai whilst in the two previous years her exhibitions were in Paris and Tallinn, Estonia. In 2006 she was commissioned to go and observe the people and cultures of both Japan and Saudi Arabia for a series of large commissions to celebrate the 50th anniversary of an international company based in Jeddah.

Crook has won numerous awards including an honorary doctorate of art in 2010 and MBE for services to art in 2011 and this year made her entry into Who’s Who. She’s a Patron of various charities including the National Star College and LINC, is President of the Friends of Cheltenham Art Gallery & Museum and former director of the Artists’ Collecting Society.

PJ Crook shows with Portal Painters at The London Art Fair and The 20/21 British Art Fair at The Royal College of Art. 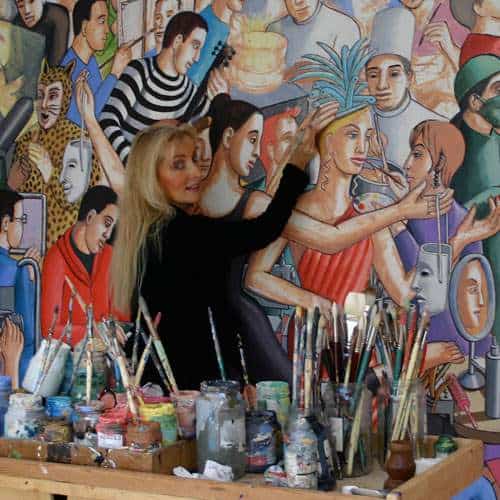 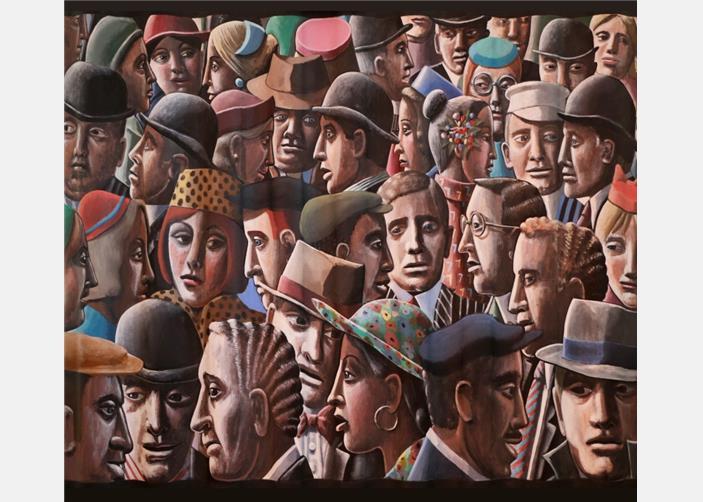