Philip le Bas was born in 1925 near Bordeaux. His mother was French and his father from the Channel Islands. The family were wine growers and his cousin, Sir Edward le Bas was an eminent English Impressionist painter. Following service in the RAF during the war Philip studied painting at the Regent Street Polytechnic (1948 – 1951) and at Brighton College of Art (1951 -1952)

Le Bas married in 1956, and began teaching art in schools and colleges to support his growing family of four children. A Roman Catholic, Philip was commissioned to paint the Stations of the Cross in the church of Our Lady of the Visitation in Greenford, Middlesex. .

In the 1950’s art students automatically used oils. When Philip started painting professionally he chose subjects that glowed with shiny reflections and found that he was much happier with the rich colours and smooth gloss effect of enamel paints, he has used them ever since.

Philip’s themes have varied over the years. Initially his subject matter was architectural, paintings of intimate, warmly lit domestic interiors viewed longingly from the outside. Then a series of West End theatres, followed by London’s ‘blue plaque’ houses with the original occupants in situ. More recently he has painted railway stations with a strongly nostalgic feel for the days of steam, including a magnificent work of the Orient Express dining car peopled by Hollywood stars of the period. He has also painted pictures of sumptuous cakes, sweets and toothsome chocolates.

Philip le Bas was elected to the Royal Society of British Artists in 1953 and to the New English Art Club in 1956. He has exhibited exclusively with Portal Gallery since 1966. Le Bas has recently undertaken a series of paintings on a musical theme specifically for Portal Painters at Tanglewood, near Boston. Philip exhibited with Portal at the Edinburgh Festival (2004) and the AAF New York 2007. He continues to exhibit with Portal at The London Art Fair, Islington, The Affordable Art Fairs Battersea (spring) and Hampstead and 20/21 British Art Fair at The Royal College of Art. 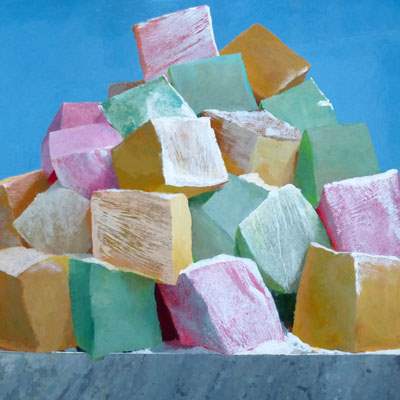 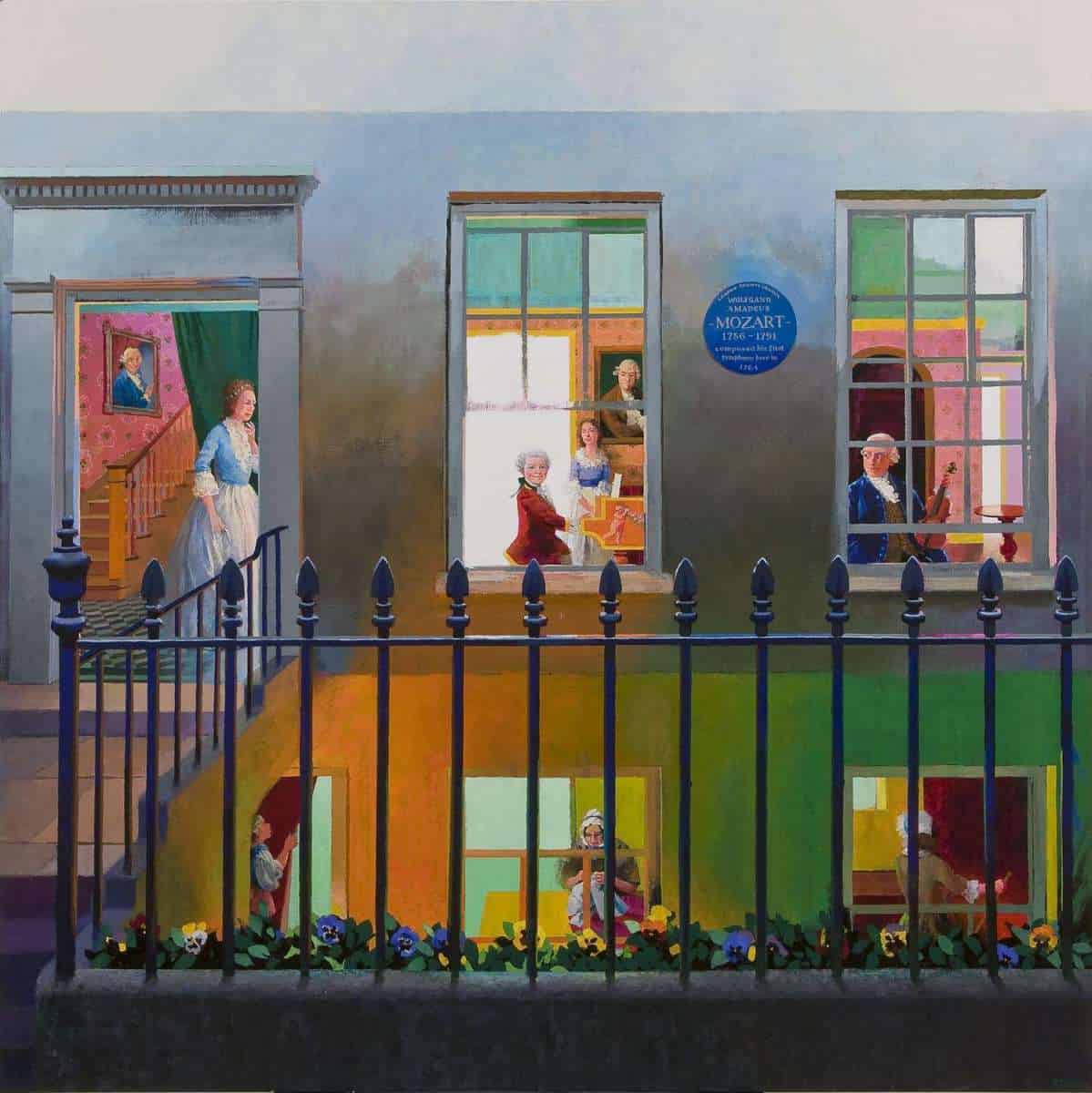