Born in 1931 Joanna Carrington ( Reg Pepper) studied painting with Cedric Morris in Suffolk and with Fernand Leger in Paris, she then went to the Central School in London. Joanna is the niece of the celebrated ‘Bloomsbury’ painter Dora Carrington and she paints in two very distinctive styles. Reg Pepper is a colourful and witty ‘sophisticated’ primitive, the alter ego of Joanna Carrington who paints beautifully observed landscapes and still lifes in a post – impressionist manner.

Portal held numerous Reg Pepper exhibitions from the late 1970’s. When Joanna and her husband settled in rural France in the 1980’s and her subject matter reflected this with paintings of pigs, goats, farmers and markets, with the occasional group of skating or footballing nuns making an appearance ! The compositions of the paintings are particularly intriguing because of their odd perspective, the people and animals are often elongated and sometimes seen from above creating a strange two dimensional aerial view.

Christopher Mason, Joanna’s husband wrote a book about her life and work which is published by the Antique Collectors Club in 2005. 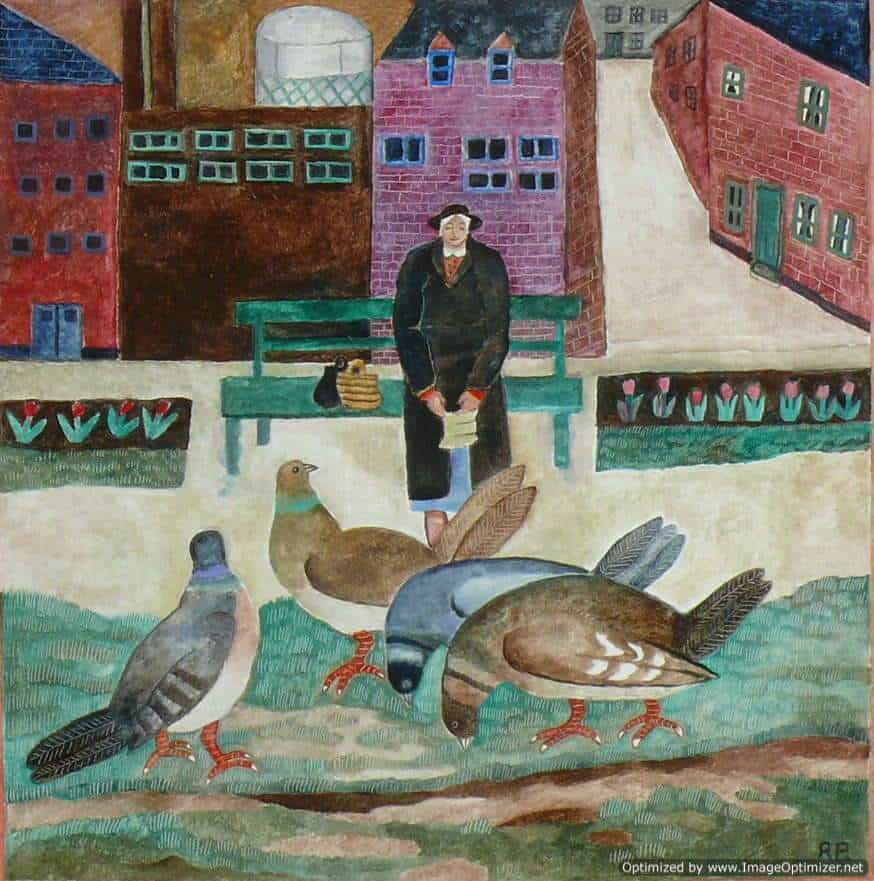