Born in Edinburgh Whyn Lewis is perhaps best known for her uniquely observed paintings of whippets. Whyn graduated from Glasgow School of Art in 1995 and has since had six solo shows in the UK.

Whyn Lewis has won several awards including five from the Royal Scottish Academy. Whyn’s paintings feature particular animals depicted against backgrounds of a single colour which is built up of many layers of paint.  She uses the shapes and symbolism of the animals as narrative sometimes introducing clues in the form of small trinkets and jewel-like objects hanging from the subjects’ collars.

Whyn’s work has been shown in Scotland, England and the U.S.A. Her paintings are constantly evolving and now her subject matter has broadened to include animals other than dogs – deer, a field mouse, magpies.

Whyn Lewis’ paintings are beautifully executed in jewel- like colours, she often uses lapis lazuli paint, but also the works say much about the human condition and our relationships with one another. Solo Shows:

Other Shows:
2009 March- October “Inspired” – celebration of Robert Burns as part of Homecoming Scotland at the Michell Library, Glasgow 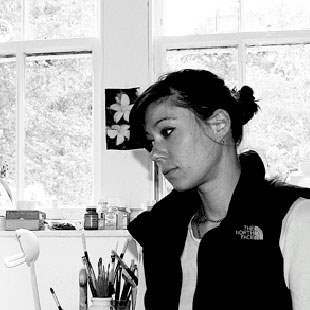 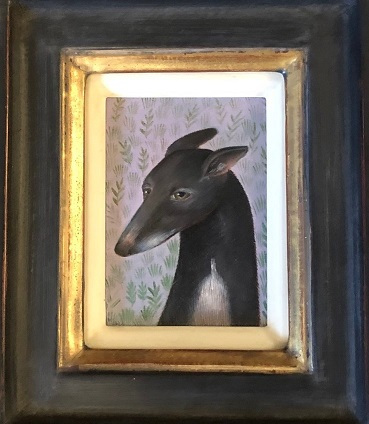